From the very first hug…

The twentieth Bitef Polyphony will mark its anniversary by various events and surprises which will occur through interactions between performers and audience as new polyphony community. Theatre productions, performances, workshops, discussions, round tables, on-spot visits, and new initiatives… open up the possibility for the audience, especially the young one, to choose and actively participate in the events, to discuss and exchange the experience about what they have seen, and the topics that have been raised.

As a side program which searches for polyphony concepts of its own modification, organization and presentation, Bitef Polyphony is marked by a rather complex composition. This year, it is designed as a small metaphoric fugue based on the old topic of artist’s role in the work with the young, and in the new topic and anti-topic in the spirit of an unexpected but very positive and uplifting Bitef slogan - LET’S START LOVE OVER… Marking its first encounter with Bitef, which took place twenty years ago, Bitef Polyphony has once again toyed with the slogan and created its own - FROM THE VERY FIRST HUG… The title is on the trace of the main slogan, it is taken from the same famous song, but with the Polyphony it acquires a wider symbolism and meanings. First hug like the first encounter and unity with Bitef and with the organizers of the project “Art for Social Changes - Play against Violence” from which it has ensued in the form of first presentations and audience participation, as first links and shapes of polyphony concept, new initiatives and partner projects which have maintained Polyphony, helped it to become Bitef Polyphony and to persist until today.

This year, in its twentieth edition, Bitef Polyphony will last for seven days, from 19th until 25th September, it will bring together artists, first project leaders, and former young participants who are today the leaders of the new projects that we present. Together with them, through memory and creative perspective on the topical issues, there will also be the participants of all the previous Polyphony editions, partners from the region and the youngest generations, including the audience who are invited to discover their right to be heard, to participate, to create their own stories and get involved in developing new theatre initiatives and new artistic actions for social changes.

Polyphony does not have a curator. Based on the polyphony principle, stimulated by the anniversary and by the main programme concept, the twentieth Bitef Polyphony is tended by the board and organizational team made of the representatives of the ones who lead and support this year’s programme.

The first Polyphony was marked by a project by the European Cultural Foundation from Amsterdam and the Network of Open Society Foundations for Southeast Europe, as a 34th Bitef side programme, which was, back in that 2000, prepared under the slogan “Theatre and Evil”. The programme of Polyphony was, as a matter of fact, the finale to the project “Art for Social Changes - Play against Violence”, performed through presentations, seminars, and the results assessment. The project aimed at reopening regional exchange and cooperation, at supporting performing arts as a method of work, and the role of artists in work with the young in times of crisis, conflict, and warfare. In the following period, Bitef Polyphony, supported by CEDEUM (Centre for Drama in Education), has become a regular Bitef side programme, continuously building and accomplishing it unique polyphony theatre concept of participation and art for social changes. 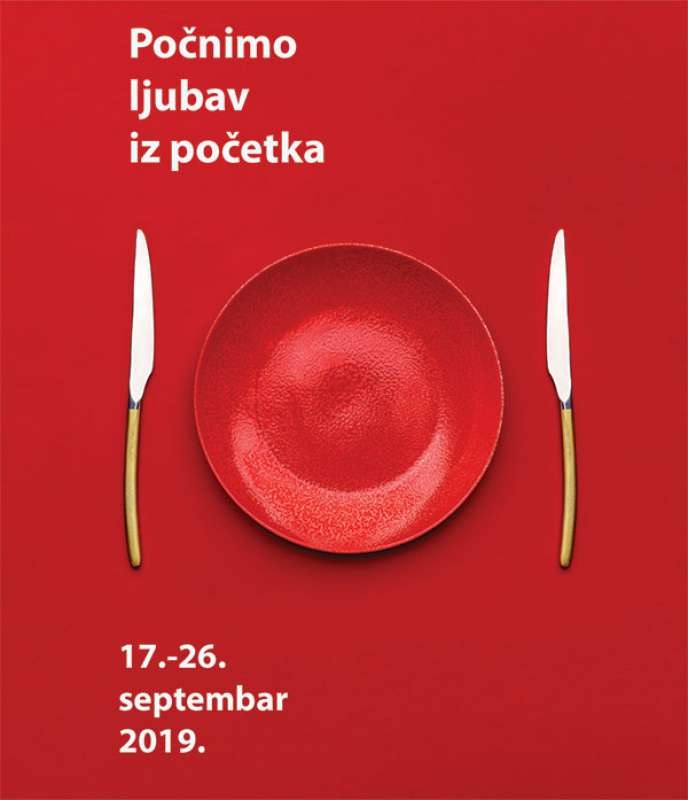 Theatre Mimart, one of the first alternative theatres in former Yugoslavia, marks its thirty-fifth anniversary, and its thirty-five years of continuous (re)search for the meaning of the contemporary art and the possibilities of performance as a means of communication and change. Nela Antonović, the founder, manager and director of Theatre Mimart, as well as numerous members of Theatre Mimart, have taken part in Polyphony since the very first year. Through workshops, performing ... 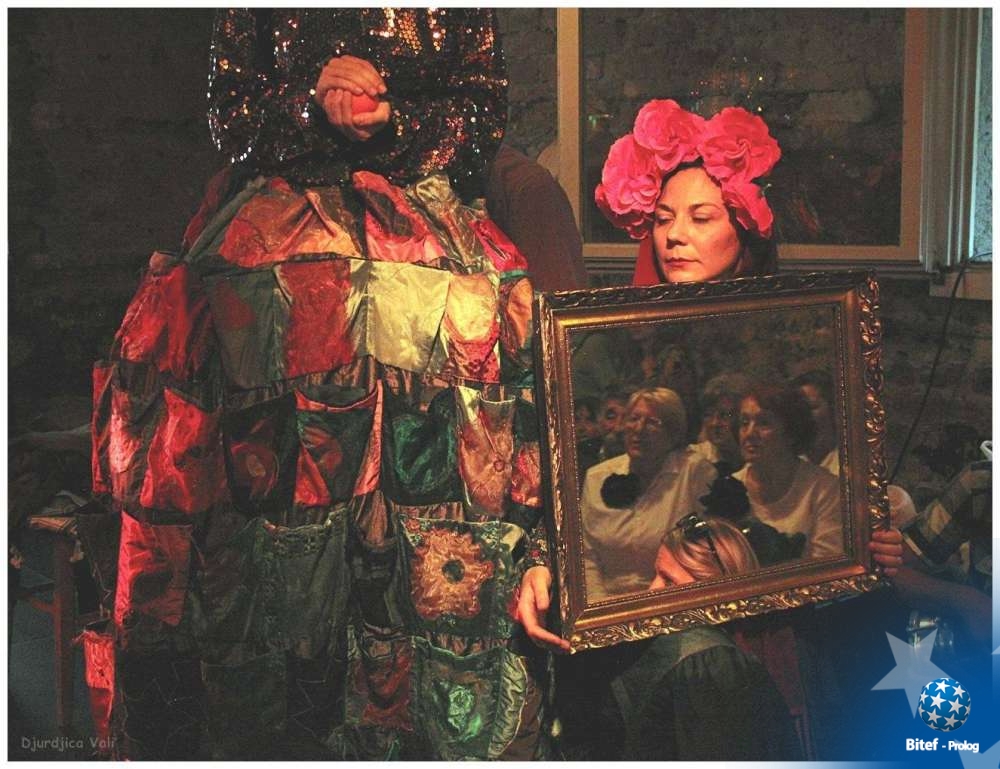 The art that connects

The lecture-performance “The Art that Connects” will present Karolina Spaić, the founder, director and the manager of ZID Theatre from Amsterdam, and Tatjana Pajović, the founder, director and the manager of POD Theatre from Belgrade, the participants of the first Polyphony and associates in international community theatre projects. With her ZID Theatre, Karolina Spaić has been connecting, like a red thread, all the Bitef Polyphony editions, always in a new ... 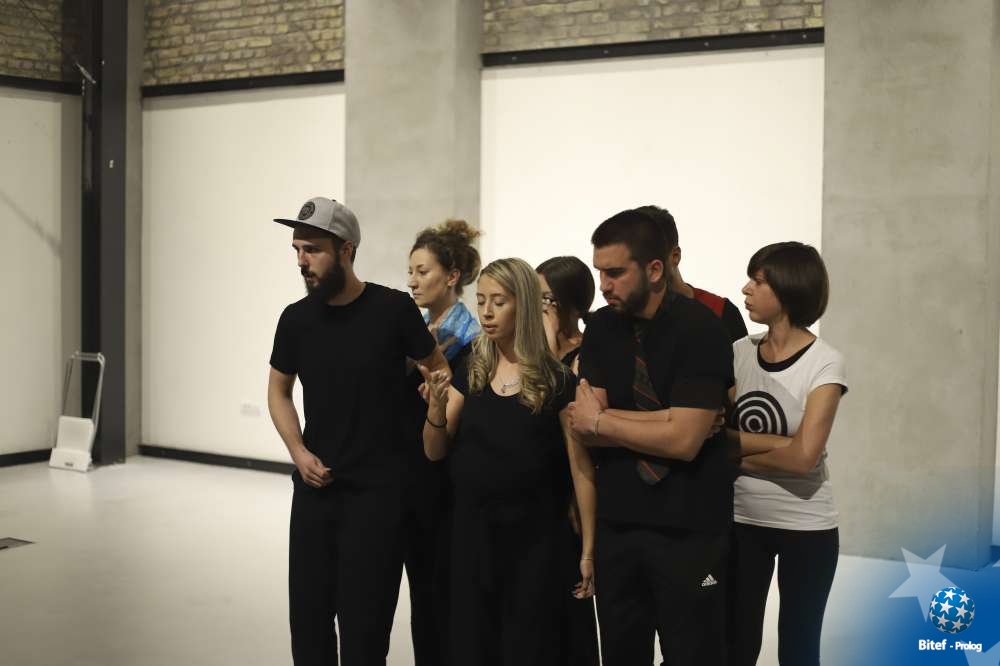 78 days of closeness in fear – 20 years since the bombing

This interactive theatre performance is inspired by the memories and narratives of the citizens of Novi Sad of the period of NATO bombing 1999. The performance explores the theme of communion in a community that arises in specific circumstances and raises questions about why we need an extreme to behave "human" and why such relations that were established in the community during that period are not permanent - when the danger passes, ... 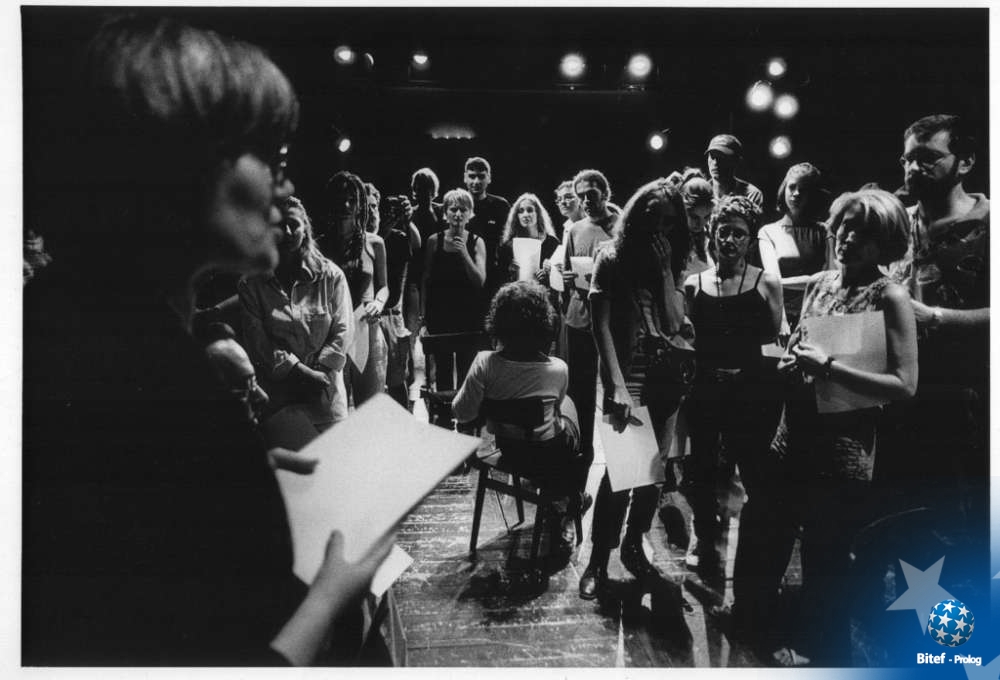 This round-table discussion is dedicated to the twentieth anniversary of Polyphony, which was launched in 2000 as one of Bitef side programmes. The main idea of the programme was to present and evaluate the regional programme “Art for Social Changes - Play against Violence”, organized by Cultural Foundation from Amsterdam partnered with the Network of Soros Foundations in Southeast Europe. Where are the first Polyphony participants now, what are they doing, ... 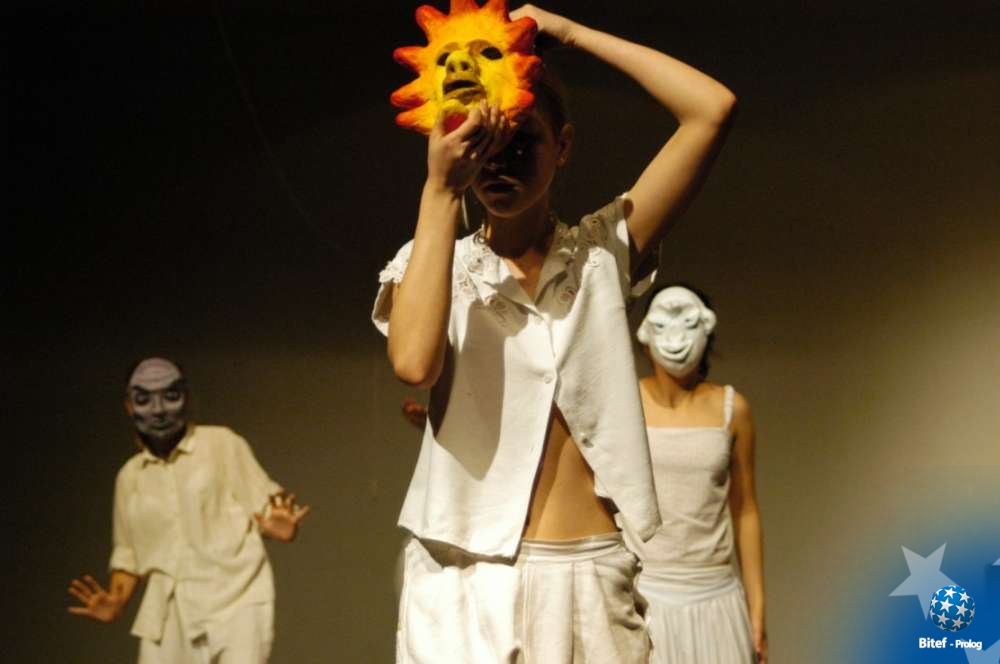 The first presentation of the project “Play against Violence” by the DAH Theatre youth drama group, in 1999 founded and led by Sanja Krsmanović Tasić, was carried out through the performance Inner Spaces , presented at Bitef Polyphony. It was the beginning of a long journey which the participants spent exploring, playing, dreaming up, and creating all together, perfecting the instrument of their own bodies and voices as performers. This process was filled with ... 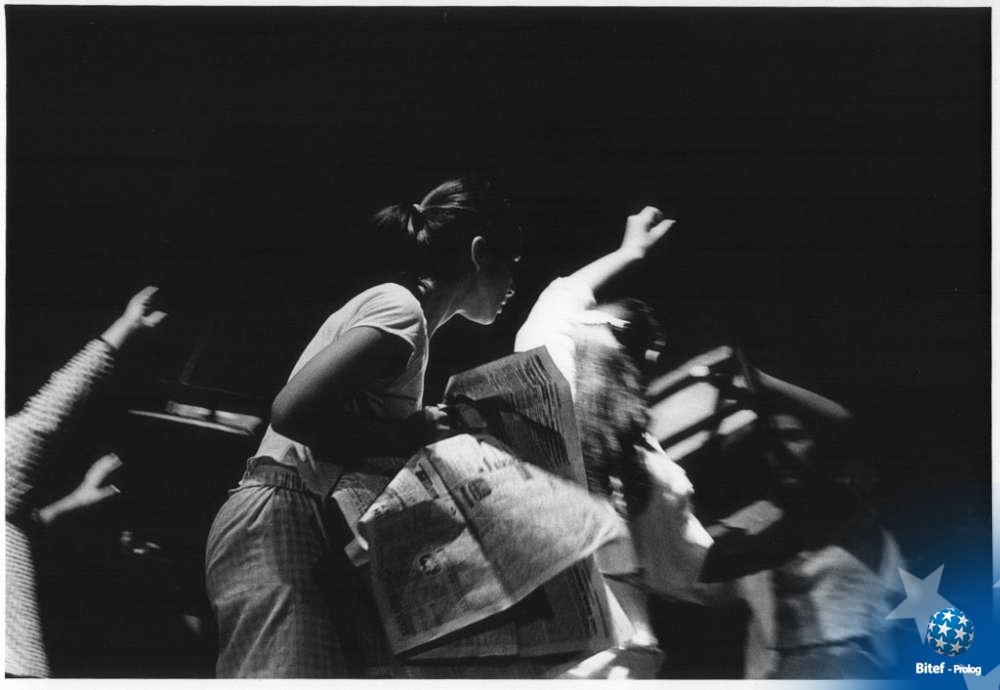 The first part is a presentation of the project and performance “Under the Sky”. The project was launched and carried out with teenagers during the bombing of Belgrade in 1999 in the Cultural centre “Stari grad”. Later on, it was performed at several international festivals and events, both in country and abroad, together with the workshop. The project was presented at the conference “The Young and Violence” in Jerusalem in Israel, within the ... 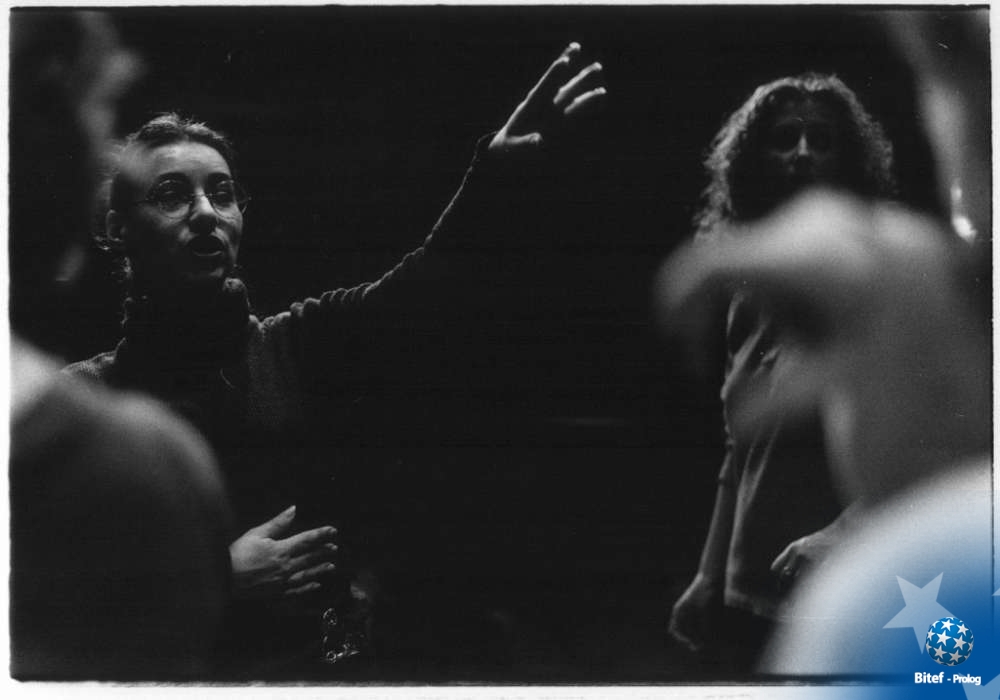 When I go towards… the society where values matter

Twenty years ago, the members of what is today BAZAART, together with the young people in the Theatre of Growing Up, started a process under the title When I Go Towards… We were trying to figure out what our path, our goals and horizons were. It has been twenty years since then, and here we are setting off again but not in the direction we thought we would take, but all over again. In those two decades, our society has gone ... 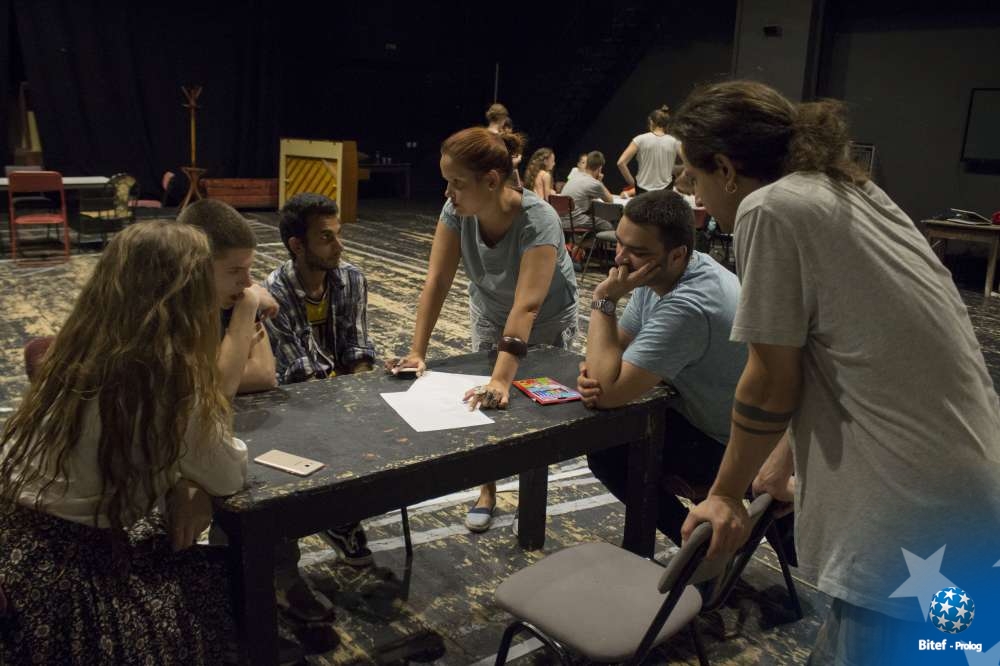 The form of the workshop is a research, as a social game in which the participants develop an idea, a theatre model that would meet their needs and interests. What kind of theatre do young people want nowadays? The program was developed by the team members of the program Young Theatre Experts. Organization “Threepenny”, together with children’s theatres in Belgrade, cultural centres and many associates, has been nurturing theatre ... The right to a voice – The applied and the additional

Introduction: Marina Mađarev, University of Novi Sad, Academy of Arts, and Vladimir Krušić, Croatian Centre for Drama Education HCDO, Zagreb. Participants: Theoreticians and practitioners in the area of applied theatre, and theatre workers and the organizers of festivals and expert gatherings in the area of theatre for young people (for festivals and gatherings FIST, FASS and BAZAART; for festival cities Šabac, Niš, Kotor...).   ... 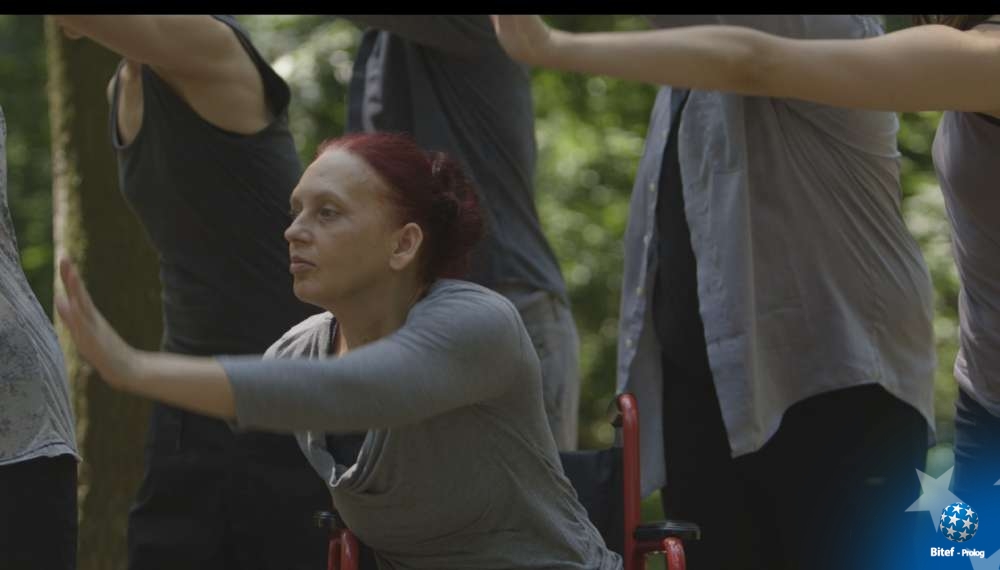 Glance is a short inclusive dance film created through a cooperation between dancers (with and without disabilities), the choreographer, the director, and other associates. Conceptually designed as four entwined dance lines, among which the first one refers to an intimate glance towards one’s own self, the second is a glance (from another perspective) to one’s impotent parts, while the third one brings a glance onto one’s capacity to overcome any set limitations. The ... 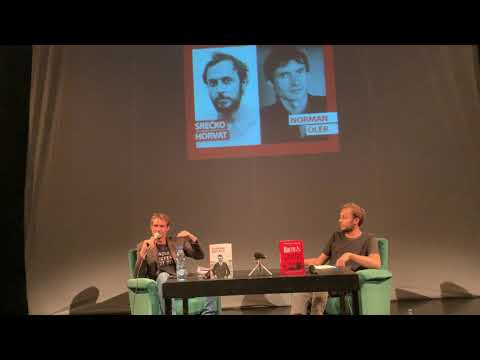 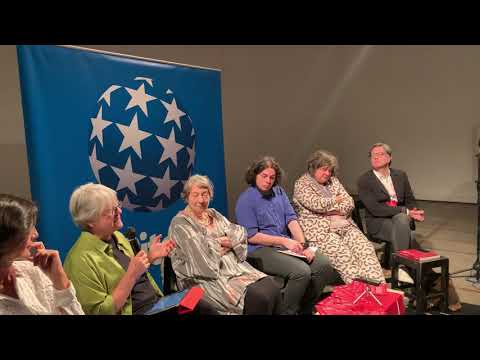 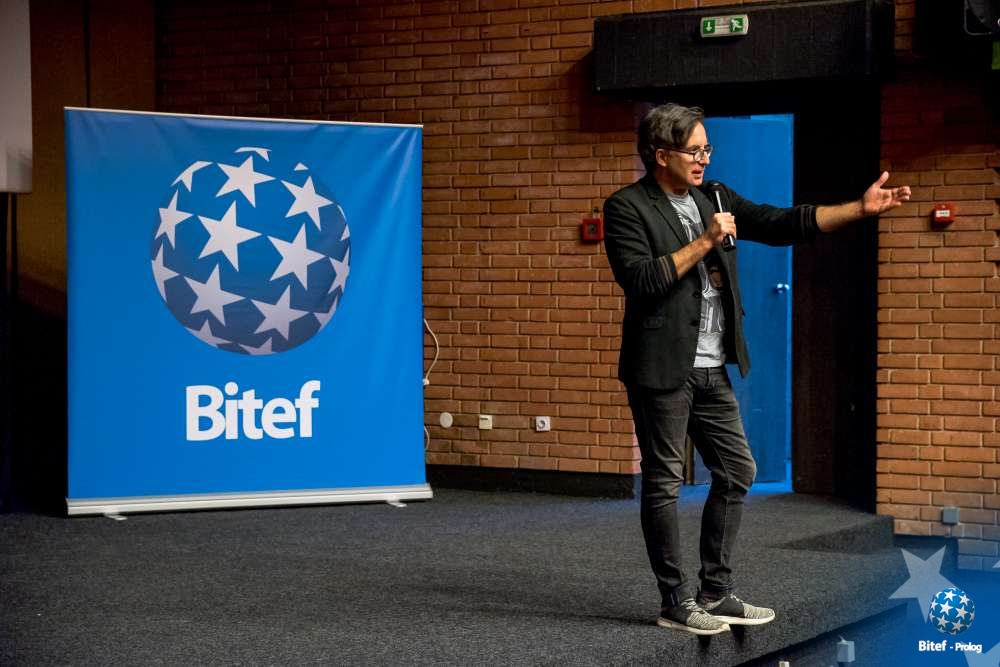 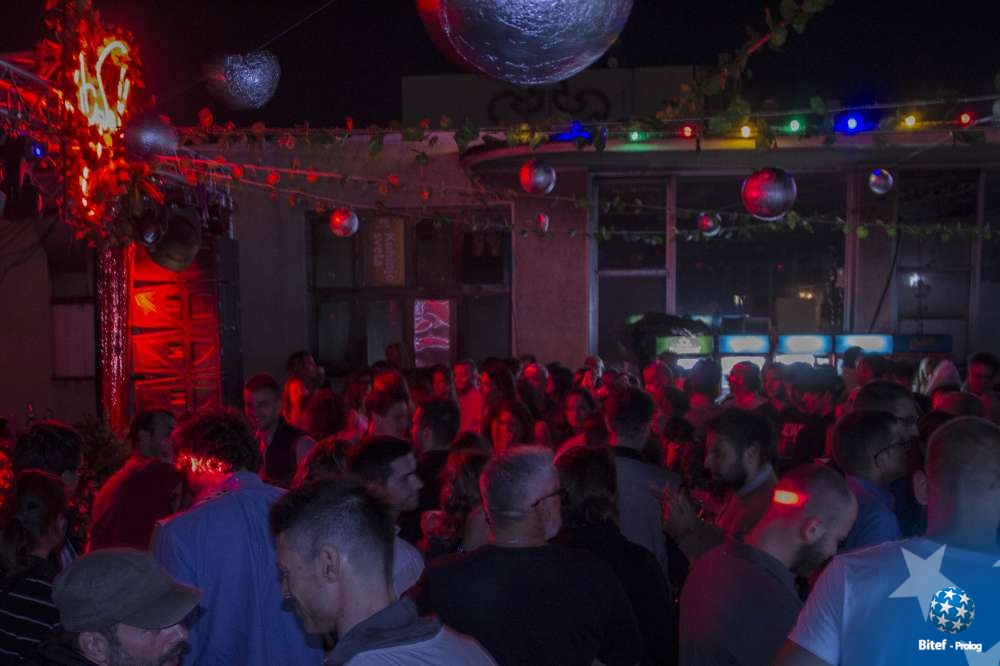 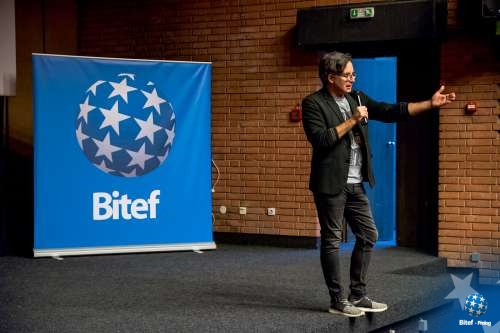 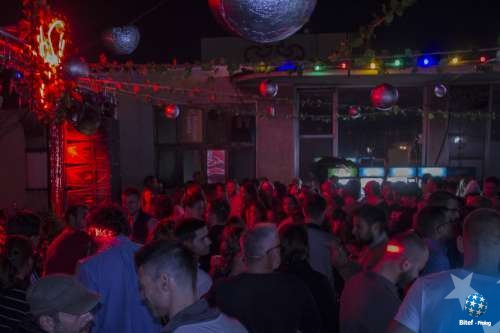